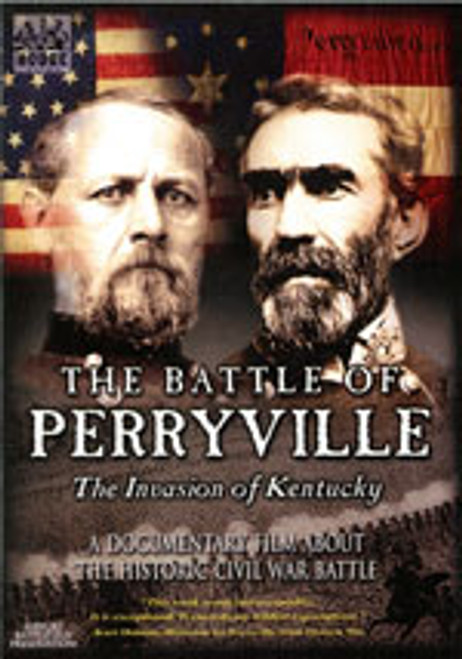 We are very excited to be offering the documentary/reenactment films by our friend Rob Hodge!

The Battle of Perryville: The Invasion of Kentucky
– the extended version of the 2007 interpretive film for the Perryville State Historic Site.

From detailed maps, to the stunningly beautiful cinematography of the Perryville area, to the gripping realism of ‘embedded cameramen’ in the ranks of thousands of Blue and Grey ‘soldiers’ at the 2006 Perryville reenactment – Perryville: The Invasion of Kentucky is a must have in every Civil War buff’s library.

“Civil War buffs will swoon over this terrific video; it is recommended for all school, academic and public libraries.”
— Library Journal

“I’ve been waiting 18 years for a decent film on the battle that I would not be embarrassed to show in my museum. This work is not just acceptable, it is exceptional. It exceeds my wildest expectations. I am proud to show this wonderful work in my museum.”

“As someone who has written about the battle, I highly recommend this film. In both production values and coverage, it is a cut above the usual run of Civil War battle films, and well worth owning.”

— Kenneth Noe, author of
Perryville: This Grand Havoc of Battle