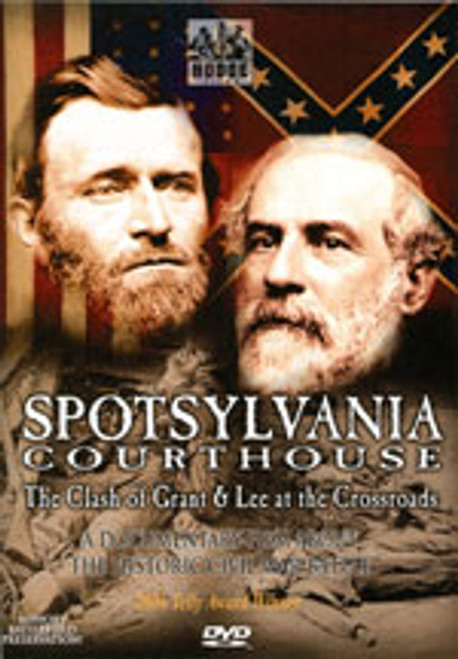 We are excited to be offering documentary/reenactment videos from our friend Rob Hodge!

Spotsylvania Courthouse: The Clash of Grant and Lee at the Crossroads - 45 min.

In this painstakingly accurate and stunningly beautiful documentary Hodge Films takes you onto the Virginia battlefield and into the trenches. As cannons and muskets roar you’ll hear the actual thoughts and words from soldiers who experienced the horrors of Spotsylvania in May 1864.

This footage was recorded during the 140th anniversary reenactment and highlights thousands of reenactors in a variety of media formats, from the ultra high resolution of high-definition video to the realness of “archival” looking film. Utilizing Hodge films’ signature “Civil War Cameraman” footage, “Spotsylvania Courthouse” is the first documentary of its kind!

“This excellent DVD documents the battles of the Wilderness and Spotsylvania Courthouse, Va., May 4-21, 1864. These two battles saw some of the most savage hand-to-hand combat during the Civil War and produced 55,000 Union and Confederate casualties. It also was the first battle between generals Ulysses S. Grant and Robert E. Lee. . .use period photographs, modern artwork, animated maps, modern footage of the battlefield, and letters and diaries to depict the hardships suffered and heroism displayed by the officers and soldiers of both armies. Still, the heart of the story is told by the 3,500 men and women who participated in the 140th anniversary reenactment of the battles that took place in May 2004 and who give the viewer the look and feel of the conflict. As narrator, Dick Fatherly does an excellent job. The work also contains short programs and a brief overview of historical sites in Spotsylvania County, Va. The overall production quality is very good. This work is recommended for academic libraries and public libraries with a large number of patrons who are Civil War buffs.”
—Stephen L. Hupp
West Virginia Univ. Parkersburg Lib.